WARRINGTON. A Bridge In The Sky. 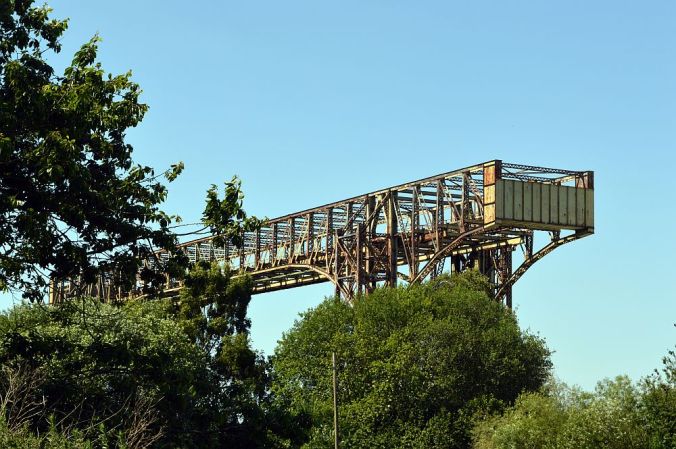 WARRINGTON. The Crosfield transporter bridge. Poking out above the trees like a giant child’s construction set

This little bit of industrial history had been on my to do list for a while but for whatever reasons I had not got around to it. So with the easing of the lock down I thought this would be the perfect time to go and seek it out. Warrington’s own Transporter Bridge.

WARRINGTON. The Crosfield transporter bridge. With it’s four feet made of brick it straddles the River Mersey as it loops it’s way down towards Liverpool.

It’s the old story that once you know where it is, its really easy to find, you can see it from your train at the town’s Bank Quay railway station. Arriving from the south it’s on the left, heading south it’s on the right. Looming up like a birdcage on steroids. It was built by the local soap and chemical manufacturers, Crosfield’s & Sons to connect the two halves of their factory site which straddles a loop in the River Mersey as the river winds down from its beginnings at Stockport on the way to the Irish Sea at Liverpool. 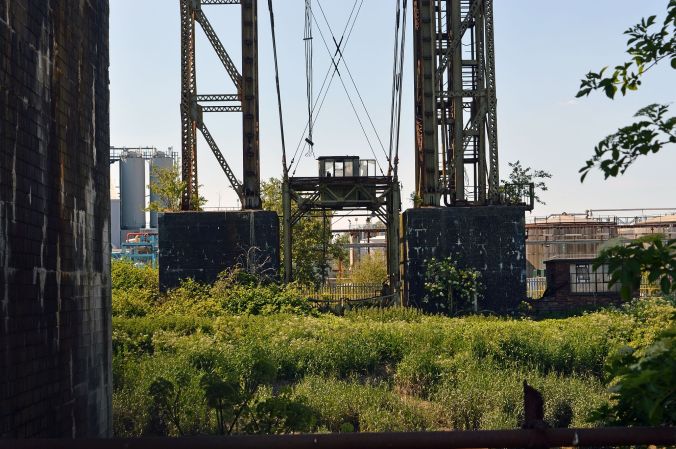 WARRINGTON. The Crosfield transporter bridge. Away on the opposite bank the control cab and platform decay and rust into the undergrowth.

Dating from 1915 unique in being for railway wagons, Crosfield’s works are by the West Coat Main Line and the bridge connected with the nest of railway sidings that ran alongside. It was modified for road vehicles later in it’s life before falling out of use in the 1960’s.

Access is tricky, it is signposted but the route is overgrown and not very user friendly. The bridge is leased to the local council for the next few years but for know it’s mouldering away, a quite sad fate compared with it’s better known transporter brethren at Newport in Wales and Middlesbrough. It would be a fine example of industrial history to preserve.

UK resident, in north west Lancashire. It was time for a career change and a lifelong interest in photography has opened up a new path with new challenges. As well as submissions to photo libraries and magazines I'm also putting together a selection of e-book titles through Amazon Kindle.