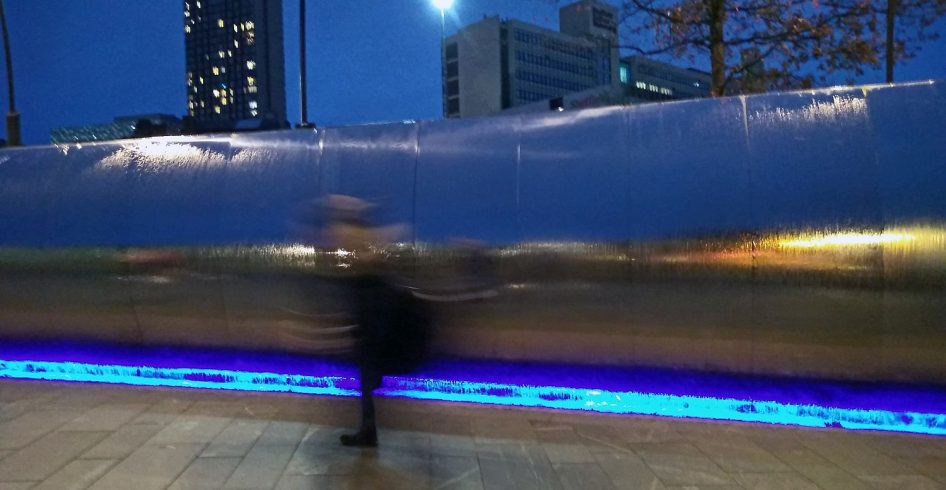 My late father was Scots so naturally I have an attachment great affection for the country and have been visiting since forever.

It would be impossible/stupid to try and describe all the place has to offer in one post so I’ll just use a selection of nine images chosen from a hard drive that’s bursting at the seams with Scottish imagery. There’s no theme to the choice, apart from all being taken in Scotland (obvs), they just brought back memories or there was something about the shot that either appealed at the time or struck me later, you know that thing that you didn’t notice because you were so engrossed in getting the shot it only catches your eye later when you sit back and look at them again in a more relaxed frame of mind.

The headline image is of a rainbow spanning the waters of Loch Rannoch, it was taken on the first day of that year’s holiday, a nice good omen for the fortnight’s break ahead.

Enough words, to the photos. 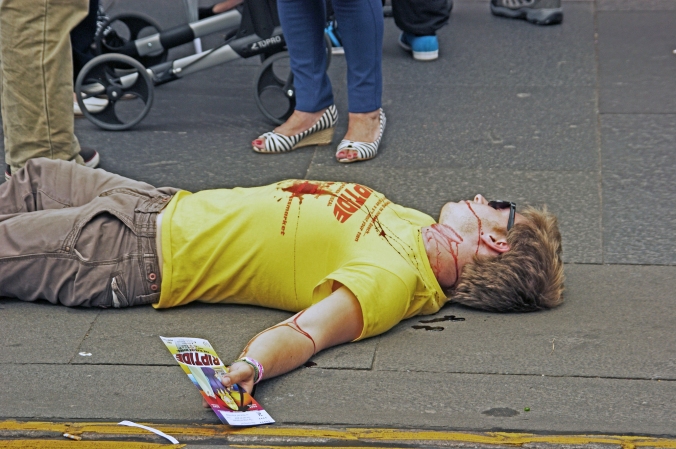 EDINBURGH. Walking around Edinburgh when the Festival and the Fringe are in progress you can somethimes come across the most unusual and startling sights. The Fringe production ‘Riptide’ earns some dead good publicity amongst the tourists on the Royal Mile. 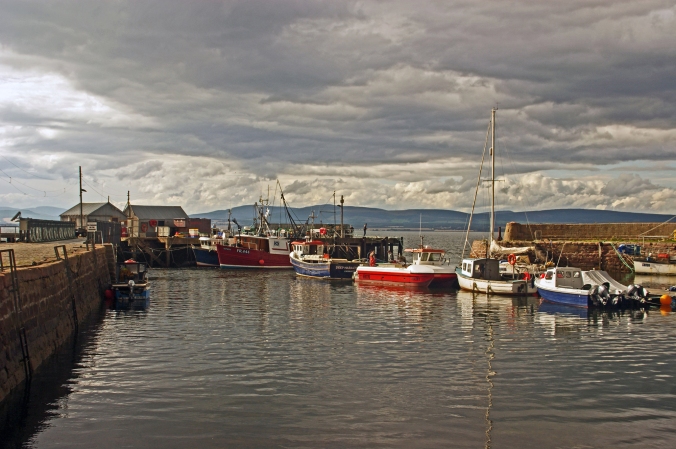 CROMARTY. Sitting at the head of the Black Isle is the small port of Cromarty, facing across the Cromarty Firth. The Firth is a maintenance base for the North Sea oile rigs and it’s not unusual to sea one of these engineering monsters towering over the gentle folds of the surrounding landscape. 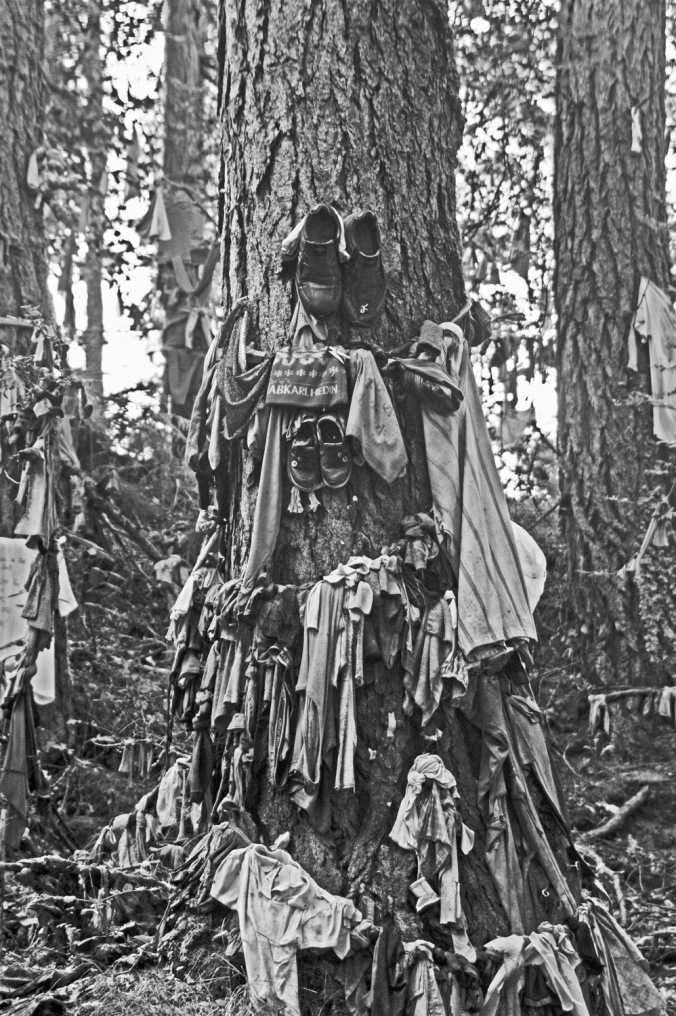 THE BLACK ISLE. A tree at the Munlochy Clootie Well. The tradition is to dip a cloth, a cloot, in the nearby well and then tie it to a nearby tree while making a wish. Some people get carried away by the odd atmosphere around the well. 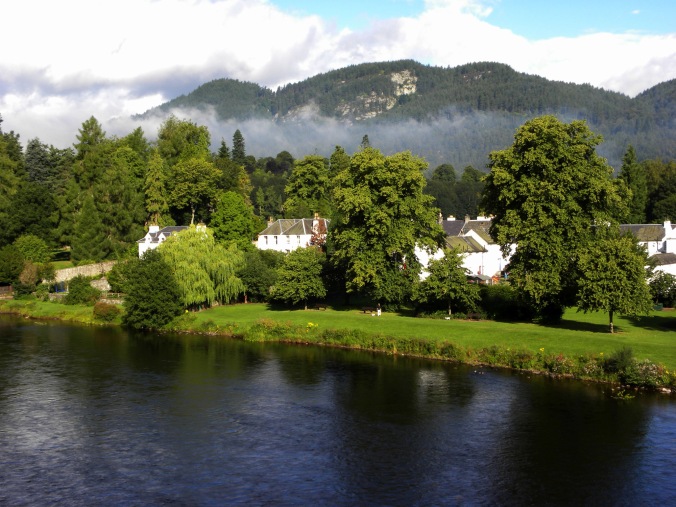 DUNKELD. A favourite place which I’ve used as a base for touring around Scotland, it sits on the A9, the main north south road and well as A roads that give easy acess to the east and west. The nearby railway station means you can be into Edinburgh, Glasgow or Inverness with ease. In the semi ruined cathedral, part of the nave still serves as the parish church, is the grave of the Count Roehenstart, grandson of Bonnie Prince Charlie who died in a carriage accident while touring through the area in the 1850’s. 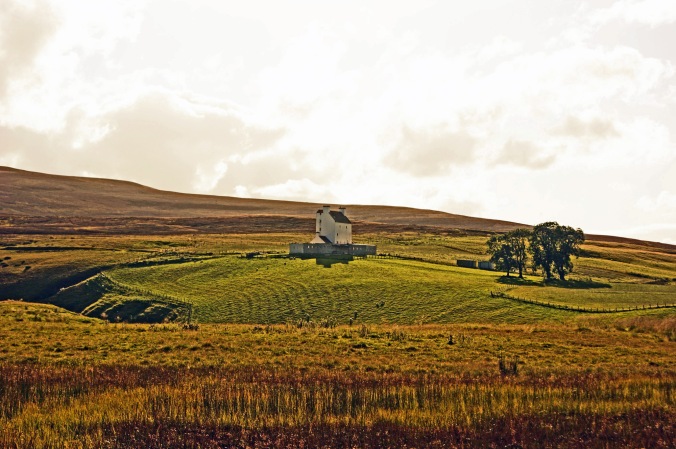 CORGARFF CASTLE. This fascinating castle, dating from the 16th century sits on the lonely Lecht Road which leads from Strathdon to the town of Tomintoul. After a checkered history, it was burnt down in a dispute in the 1570’s, it was rebuilt as a military instillation after the Jacobite uprisings, it was at this time that the castle gainedn it’s impressive star shaped defensive wall. open to the public and worth a visit. 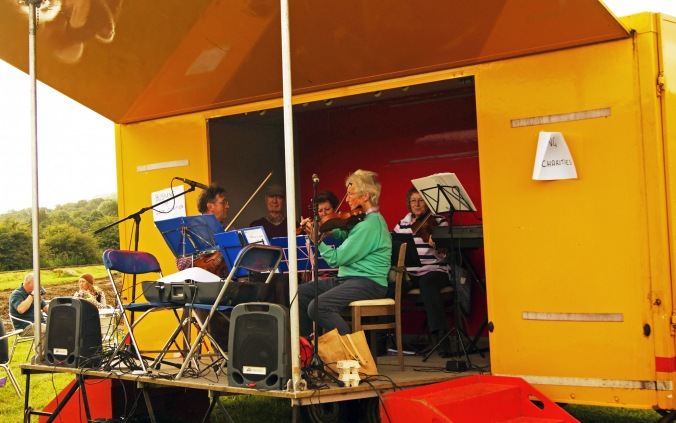 LOGIERAIT. A little to south of Pitlochry on the A9 is the village of Logierait where they hold a monthly Farmers Market. A ceilidh band busks for local charities among the stalls of local produce and local gossip. 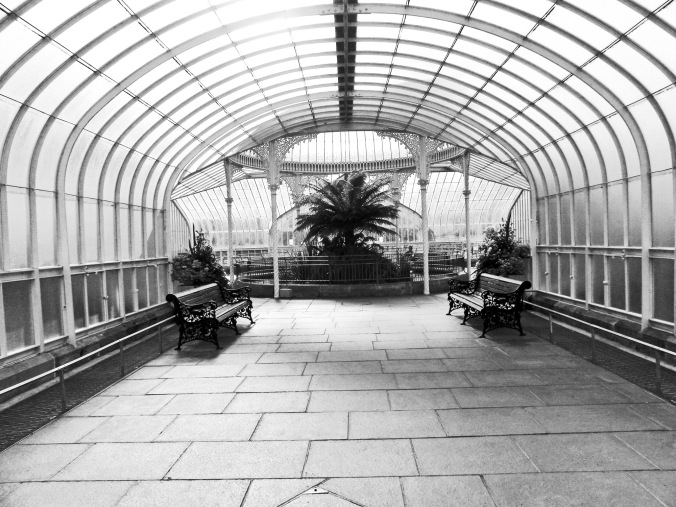 GLASGOW. The Botanic Gardens. This is the interior of the Kibble Palace, a magical sequence of glasshouses origonally built by the Victorian entrepreneur John Kibble at his house on Loch Long. In the 1870’s it was sold to the Glasgow Botanic Gardens. It was comprehensively restored in the early 2000’s and hold a collection of tropical and subtropical plants. 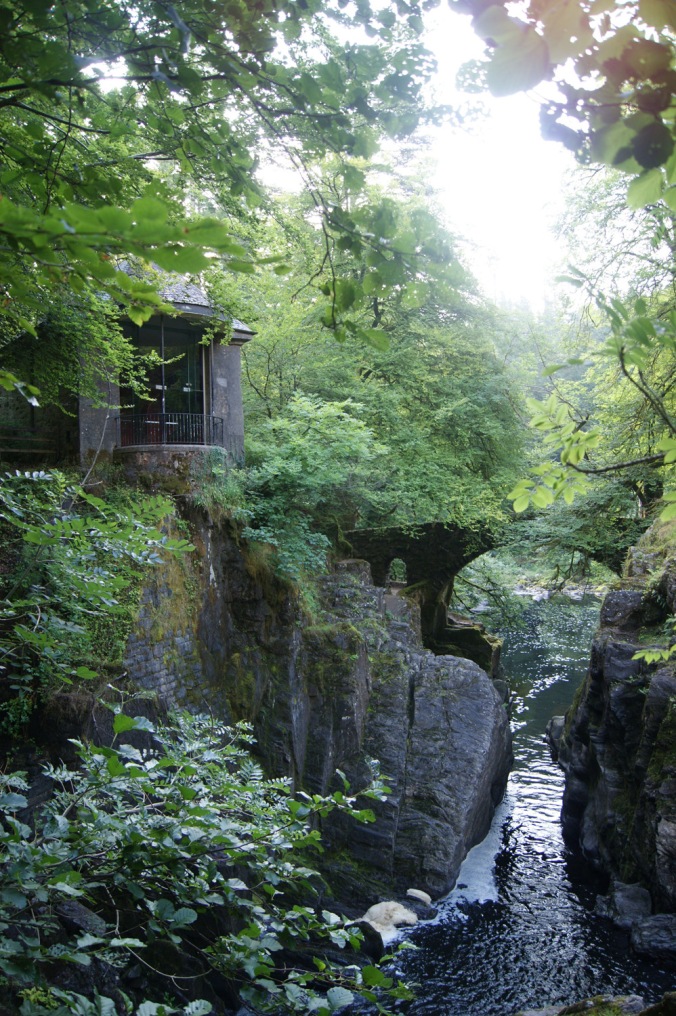 DUNKELD. A personal favourite is The Hermitage; once the pleasure grounds of the Dukes of Atholl. This is Ossians Hall a folly built to overlook the falls of Linn on the River Braan. A sequence of walks leads through the Hermitage to give breathtaking views of the surrounding countryside.

KENMORE. A Ruin In The Woods.

EDINBURGH. A Day At The Fringe.

Edinburgh. A Drink in An Elegant Bar.