Taking a walk along a canal is to take a walk through history. Nearby to me is the Sankey Canal and much of it’s course is now the Sankey Valley Country Park.

It’s origins go back to the late 1750’s and it was built to serve the many small industries along the route. Coal mines, iron foundries and the like. It wasn’t a fresh cut as such, it was the Sankey Brook which was straightened and deepened in parts to enable boats to navigate it.

As was the way with canals, it was out of use by the 1960’s and long stretches were out of water and dried up. Some progress has been made to revitalise stretched of it, though it will be a difficult and long term task to bring it back to life completely.

BLACKBROOK. Sankey Valley Park. Cauldron wagon, a sculpture remembering the industrial past of the area.

BLACKBROOK. Sankey Valley Park. Loading derrick, a replica on the remains of the canal wharf basin.

BLACKBROOK. Sankey Valley Park. Old double  locks, the gates have gone but stretches of the canal are still in water. The Sankey Canal predates the Bridgewater Canal which is always aknowledged as being the first. The Sankey was authorised as a river navigation but when the builders encountered a particularly difficult stretch they just built a fresh route alongside and said nowt. 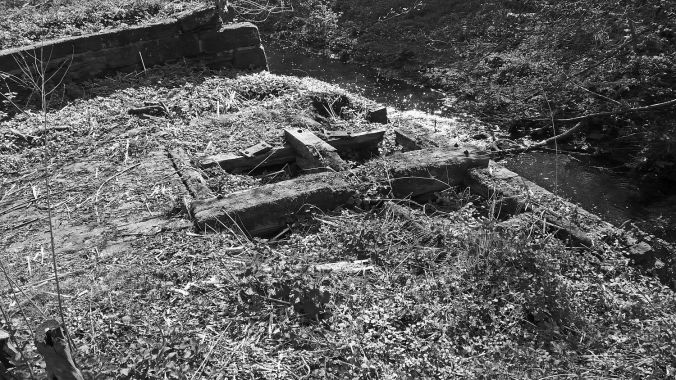 SANKEY VALLEY PARK. The remains of one of the many swing bridges that crossed the canal.

SANKEY VALLEY PARK. Pathway. The path weaves between the routes of the Sankey Brook on the left and the canal on the right. As is the way with nature, no matter how industrialsed a place is, the moment man walks away plants and wildlfe begin the difficult task of reasserting themselves and recolonising.  Like many canals the Sankey provides a vital artery for nature. 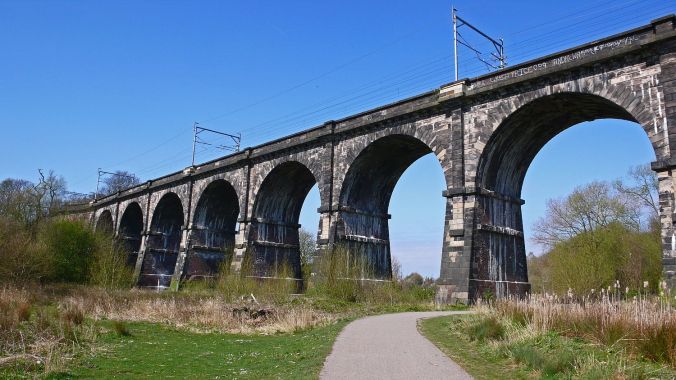 08/04/20 EARLESTOWN. Sankey Valley Park.The Nine Arches railway viaduct carrying George Stephenson’s Liverpool to Manchester railway line. Signs of things to come as rails replaced canals. Earlestown takes its name from the then chairman of the LNWR, starting out as Newton Junction when a railway connection from Warrington to the newly opened Liverpool & Manchester Railway was put in by the Warrington & Newton Rly.

08/04/20 EARLESTOWN. Sankey Valley Park. Mucky Mountains Info Board. I used to play around here, scrambling over the ‘mountains’ The nearby sugarworks fell victim to restrictions on non EU sugar imports. 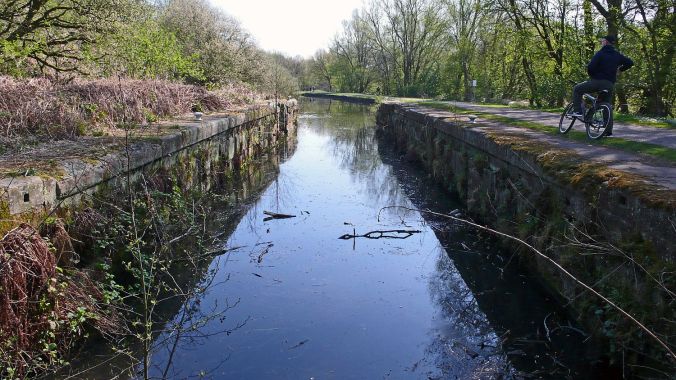 EARLESTOWN. Sankey Valley Park. Milestone. The course of the canal continuse down to Warrington and on to Widnes. It connects with the River Mersey with locks at Fiddlers Ferry, Warrington and Spike Island at Widnes.