MANCHESTER. A Walk On A Sunny Day.

The sun was high in the sky and I had a free day, not wanting to waste to good weather I took myself off into Manchester. It’s an easy and quick train ride from where I live. I arrived at Manchester’s Victoria station, one of the two large stations which serve the city.

Victoria is a wedding cake of a building, which is having some much needed TLC. The Manchester Arena venue was built over part of the station which meant most of the original overall roof was scrapped, though most of the original concourse remains in it’s dark wood and mosaic glory. 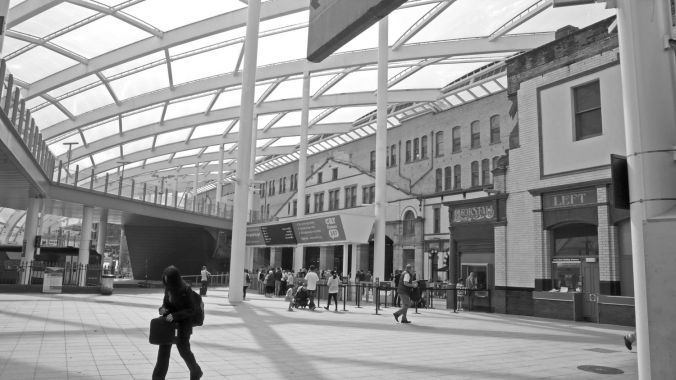 Nearby is the Triangle, once a Victorian produce trading hall, it’s now a shopping and food destination. The headline image is of an art display by Manchester artists, this is housed in one of the units created in the building.

While I was in Manchester I thought that I would have a look at the recently opened Mackie Mayors on Swan Street. It’s a dining destination in what had once been a wholesale produce market, there’s a central dining area with a selection of food outlets around the walls. The name dates back to the days when the building was erected and Mayor Mackie ruled the roost in Manchester.

It was still a bit early in the day to go full on for lunch so I settled instead for morning coffee and cake, very good they were too.

Wanting to walk off my coffee and cake I made my way across Swan Street and into the network of streets that are part of the Ancoats district of the city centre. Along Blossom Street is Halle St. Peters, converted of of a former church it is the rehearsal and recording studio’s for Manchester’s renown Halle Orchestra. Even in this calm, cultural oasis the tide of building and redevelopment rolls on.

Walking on a few more streets, I passed alleyways leading off Cross Keys Street, where urban art was in evidence on a row of derelict doorways. 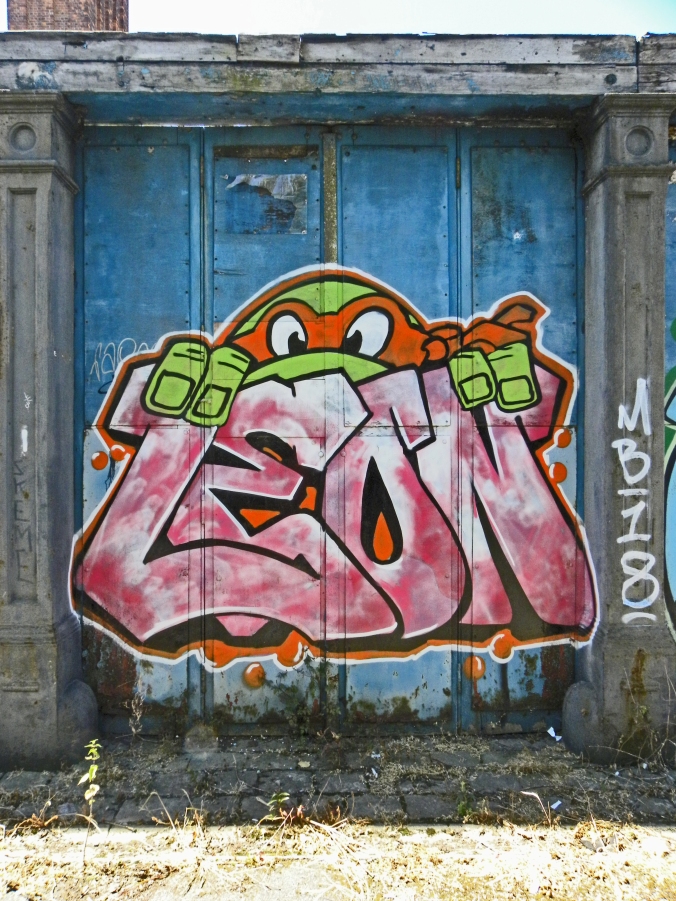 I’ll end this part of my walk at New Islington by the Ashton Canal, built in the 1700’s to bring coal to the city, the canal makes connections with the Rochdale Canal and the Huddersfield Narrow Canal, which burrows it’s way to Yorkshire under the Pennines through the Standedge Tunnel.

I’ll come back to my Manchester walk in a future post.

MANCHESTER. Year Of The Rat.