HOLYWELL. An Abbey In Stones & Shadows.

HOLYWELL. Basingwerk Abbey. It’s foundation is credited to Ranulf, Earl of Chester at the beginning of the 1130’s

This is a bit of a late arrival at the catch up ball. In a previous post ( link doodah below ) I told of my journey out to Holywell by the North Wales coast. It was a follow up visit to one I had taken to the town many years previously and then I hadn’t moved much out of the town centre. On this second visit I wanted to explore more so after a walk around the town I followed the path which is built on the route of the old railway line connecting Holywell with the North Wales mainline at Holywell Junction. 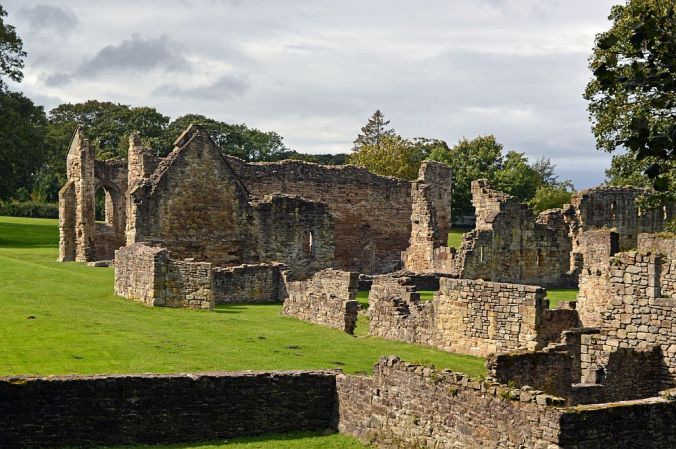 HOLYWELL. Basingwerk Abbey. Building range. It was founded as a Cistercian house.

Towards the end of the path I came to the ruins of Basingwerk Abbey, by now what had started as a grey, undecided day opened out into a bright afternoon and the ruins were bathed in bright sunshine from their site over looking the Dee Estuary.

HOLYWELL. Basingwerk Abbey. Double archway close up. During the 13th century the complex was remodelled.  The oldest remaining part is the remains of the chapter house.

The ruins were not crowded at all so I could wander and just breathe in the quiet atmosphere. It’s a constant wonder when I visit places like this, the amount of time and effort taken to build them. No cranes, no HGV’s. No computers, whipping out your tablet to check a calculation would have seen you fast tracked to a witchcraft trial. 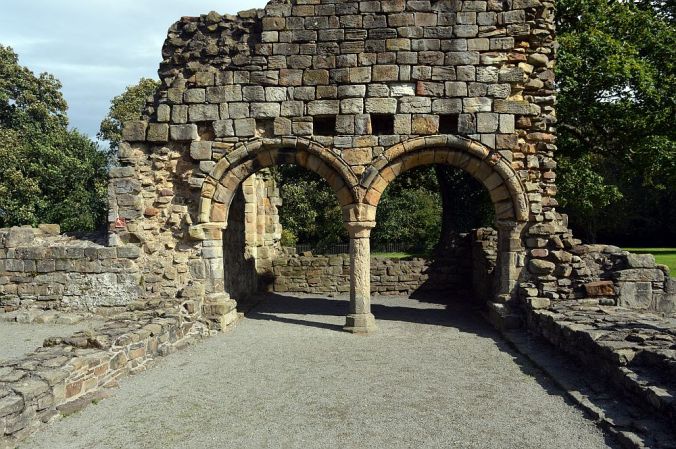 I’m guessing that apart from sheer numbers of manpower it would have been the fragments of building techniques that had filtered down from Roman times. An early example of “In My Dad’s day” . Word of mouth and example handed down from generation to generation. 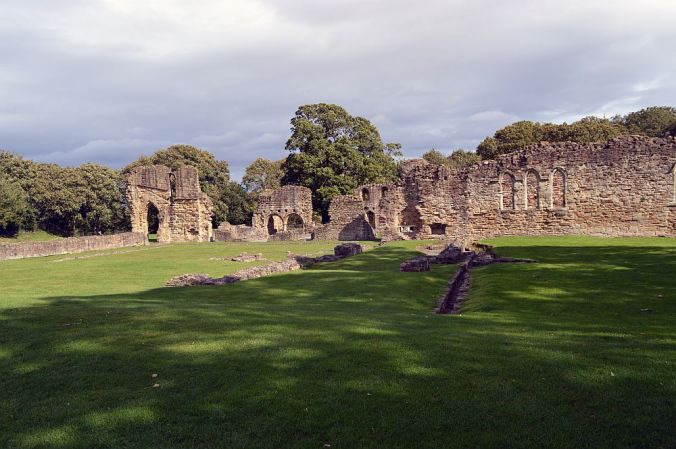 HOLYWELL. Basingwerk Abbey, catching the afternoon sun under the dappling shade of the trees.  The Abbey is the starting point for the North Wales Pilgrim’s Way walk.

Whatever the route, the efforts of those people left a building that has survived through the centuries to provide an oasis of calm on a sunny, September afternoon.

HOLYWELL. The Nuts & Bolts Of The Past.

WELCOME. Come in & Make Yourself Comfortable.